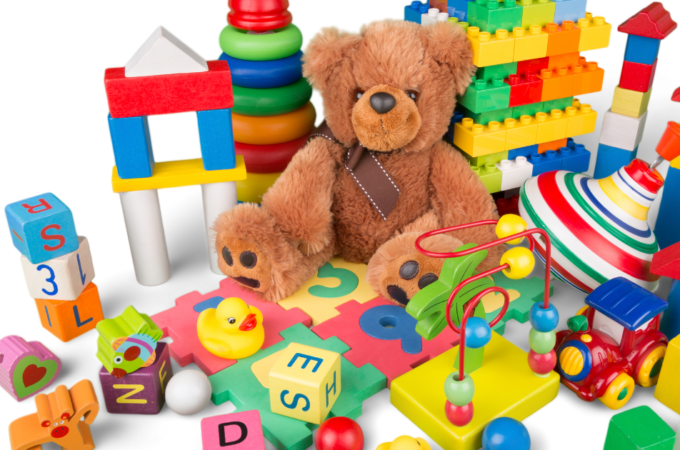 Note: This is a guest post written by Cassandra Roberts, mother of two children and host of the upcoming Needed and Known podcast.

I subscribe to the idea that demonstrating and living something out is better than teaching and repeating for children. When I started reviewing our household, I had no idea how to apply minimalism concepts to children.

But like all things Christian Minimalism, I should have realized that it would all be under the umbrella of intentionality.

My 4-year-old began showing signs of attention issues. He would throw all of his toys on the floor and struggled to focus at all times even during playtime.

Part of the reason for his lack of focus was due to screen time. I’ll preface this by saying that I’m not on a war against screens. My kids have Kindles, video games, and they can even play on my phone sometimes.

But they do not control access to these screens, I do. And when he was having focus issues, he was also logging an excessive amount of time on the Kindle (which I didn’t recognize at first, but discovered over time).

Screens are not a problem by themselves, but our brains are simply not meant to continually process the constant switching of topics and multitasking required to engage a device.

As I weaned him from so much time on devices, I sat down to play with him more. I wanted him to see what play looked like. It also gave me the ability to see his toys in up-close instead of hovering five feet above them. The action figures were hardly used.

My second child, a busy toddler, preferred to pretend and be active. He loved dressing up as characters and he loved being active. Why on earth did he have so many action figures?

As a child, I loved my Barbie dolls. I had assumed that my children needed them to create stories the way I did. I had completely missed the point. And in the process, I’d overwhelmed them.

Being Intentional with Toys

We’d been good about rotating toys and keeping a minimal amount of toys available, but I realized that it was still too many. I began to pay closer attention to their toy usage, and the tyranny that reigned on the floor. I noticed the the toys that had to be cast aside in order to get to “the good stuff.”

I also read Simplicity Parenting by Kim John Payne, which I continue to recommend to friends. I realized that many of my children’s toys told them what to do and didn’t leave room for their imaginations. My children had toys with names and actions instead of “open ended toys,” like my son’s red cape that can turn him from a knight to red riding hood to a super hero before my eyes.

Train children in the right way, and when old, they will not stray.

One Dress for 100 Days   “Saving” A Consumerist Christmas