Minimalism in the Movies: The Greatest Showman 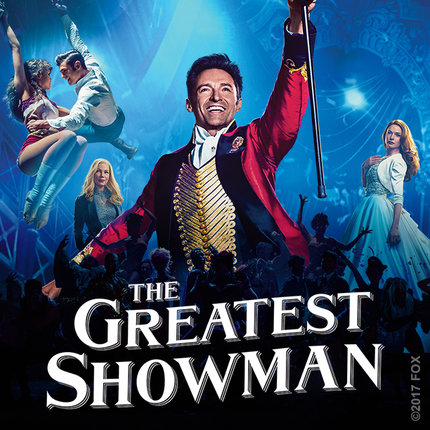 I don’t know about you– but I watch a decent amount of movies. And since some folks have really taken to the post on The Post (see what I did there?), I figured it would be fun to write a post on minimalism in the movies once in a while!

This time, we are looking at The Greatest Showman from a Christian minimalism perspective!

The first time I saw this movie in the theater, I only noticed the lavish sets, costumes, choreography, and music. I didn’t really pay attention to the plot much– mostly because I had done some research and knew that it was *very loosely* based on P.T. Barnum’s life.

I recently watched The Greatest Showman for the second time, and I was struck by how the film promotes a Christian minimalist lifestyle.

Now, if you’ve seen the movie, this probably sounds a bit strange. Barnum was known for his ability to produce an extravagant spectacle and put on a big show. The scenes showing his circus are pretty much the OPPOSITE of minimalism.

Not to mention, Barnum’s tendency toward social climbing and growing richer. He always needed more– more money, more square footage in his house, more admirers, more fame. Throughout the movie, he chases all of these things, to the detriment of his relationships with his cast, his family, and the general public.

But when everything comes crashing down for him, he begins to realize what’s most important in life. Cue the minimalism realization!

This minimalism realization happens during the song “From Now On.” (Bonus– if you watch this clip, you may learn some Korean from the subtitles!)

In this song, Barnum sings about his constant need for more, and how it has reminded him that his real longing is for his family (shown by him holding a framed photo of his wife and kids):

The chorus of the song especially illustrates his epiphany that he has been chasing the wrong things all along:

Barnum literally runs home to start anew, focusing on his family and what really matters. Minimalism to the rescue!

As if that wasn’t enough, The Greatest Showman actually ends on the minimalism message. Done with chasing money and fame, Barnum hands the reigns of his show over to his business partner, and then returns home to focus on what’s most important.

Although he returns home with a flourish (you can take the man out of the spectacle, but you can’t take the spectacle out of the man!), we can all see that Barnum is a changed man. When before he missed countless family events because of his hunger for more, here he makes it a point to attend his daughters’ performance.

And as he sits in the audience watching his two daughters, with his wife’s head on his shoulder, he sings the last words of the movie. These words are especially powerful– they have been used multiple times before in the film to describe Barnum’s grandiose show. Here, sung slowly and with little fanfare, these words now describe how he feels sharing this moment with his family:

And that, my friends, is minimalism. No longer will Barnum listen to society’s false prophets and his own sinful need for more. He is a changed man. He now wants to focus on what is most important to him– his family. It’s all he wants, all he needs. And it’s been in front of him the whole time.

Paul tells us in 2 Corinthians 5:17: “So if anyone is in Christ, there is a new creation: everything old has passed away; see, everything has become new!”

In The Greatest Showman, Barnum realized his need to repent from a damaging lifestyle and start anew, focusing on what’s most important.

Jesus invites us to do the same. Being followers of Jesus, we are made new every day. We are invited to share in that newness by recognizing the sinful tendency in our lives to chase after more.

And we are called (with Jesus’ help) to work towards realigning our lives toward God and what’s most important. May you live into the promise of being a new creation in Christ!

Slow Down!   The Meaning of Life