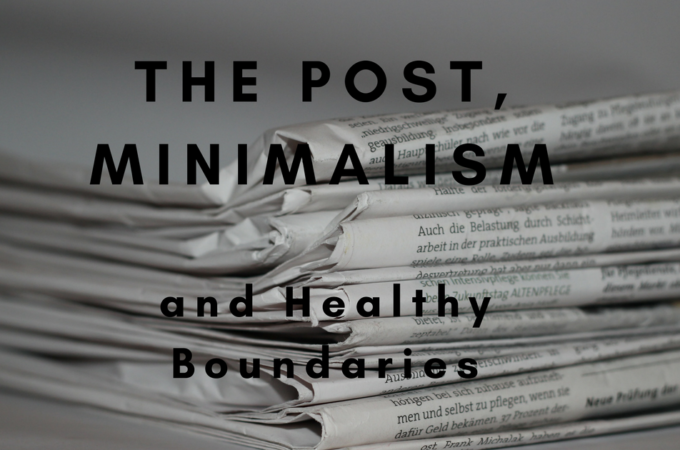 This past week, I went to go see The Post. Like most Spielberg films, its message is so obvious that it sometimes feels like it’s being beaten into your head with multiple copies of The Washington Post— but that’s not to say that the importance of freedom of the press and the First Amendment isn’t a timely topic and shouldn’t be discussed.

Besides freedom of the press, another theme the film explores is maintaining healthy boundaries. Because Ben Bradlee (The Executive Editor of The Post, played by Tom Hanks) and Kay Graham (owner of The Post, played by Meryl Streep)  have been in the newspaper world in Washington, DC for a long time—Kay through her family and Ben through his reporting and editing—they have become friendly over the years with government officials. Ben talks at length about his friendship with JFK and Jackie, and Kay frequently has Robert McNamara, former Secretary of Defense, over at her house for dinner parties.

Throughout the film, Kay and Ben address how these friendships affected how they did their work at the newspaper.

Ben relays how right after JFK was assassinated, Jackie told him never to publish anything either of them had said to Ben. And Kay is put in an awkward position when she is deciding whether to publish about The Pentagon Papers or not, since she is close friends with Robert, who had a huge role in deceiving the American public about the war. She even goes to him to get his advice about publishing the story. Both Ben and Kay were naïve in their interactions with government officials, never thinking that friendships could get in the way of publishing the news.

The film makes it clear neither Kay nor Ben could be a friend and do what they needed to do for their work at the same time. They had to separate their friendships from their work. Kay realizes this after meeting with Robert—and puts their friendship aside to give the go-ahead to publish the truth.

As clergy, I have had healthy boundary concepts drummed into my head early in my training and often, for good reason. As a leader and public figure, too often it is easy to overstep boundaries and make a messy situation. I related strongly to the message of healthy boundaries from the film, because I’ve heard and seen (from stories and experiences from clergy colleagues) how friendships with congregation members can muddy the waters when dealing with congregational matters. That’s not to say that friendships cannot be formed, but it needs to be clear with all parties involved when one is wearing the friend hat and when one is wearing the pastor/congregation member hat.

The healthy boundaries message from the film also resonated with me as I continue on this Christian minimalism journey. In a lot of ways, having healthy boundaries is integral to a Christian minimalist lifestyle. Boundaries on money spending and shopping is a big part of this– and actively praying about how God wants me to spend my monetary resources. Setting boundaries on my time is also important—God wants me to use my time and talents to serve God and serve others, and over-committing will only cause burn-out and lack of passion to do that.

God is all about setting boundaries for our good—for a quick look, check out the 10 Commandments in Exodus 20:1-17, and Jesus’ Sermon on the Mount in Matthew chapters 5-7. God knows that we need safety and order to best live the life God wants for us, and these boundaries help establish that.

Of course, we will never follow these boundaries and laws perfectly, because we are not perfect. We are broken and sinful, and there will always be times that we mess up and step over a boundary that we shouldn’t—and that shows us how much we need Jesus’ forgiveness and help in doing better. But having these God-given boundaries shows us what to strive for, what God wants for our lives, and gives us the framework to live a life following Jesus.

Adopting a Christian minimalist lifestyle means that I am much more aware of establishing healthy boundaries for myself. As someone with a chronic illness, my energy is not infinite, and I have to be intentional about not over-committing my time and energy on things that aren’t related to using the spiritual gifts God has given me and my major passions. I need time to recharge. Jesus did that constantly—we see him taking breaks to pray and check in with the Father constantly in the Gospels. So if Jesus, God in human form, needed to recharge and spend time in prayer, I most definitely need to do that as a regular human!

Setting boundaries on spending and saving money is also a huge part of this Christian minimalism journey for me— I am more aware of my shopping and consumption habits and now make decisions more intentionally. I will write more about that in my next blog post. Stay tuned!

How is God calling you to re-assess healthy boundaries in your own life?