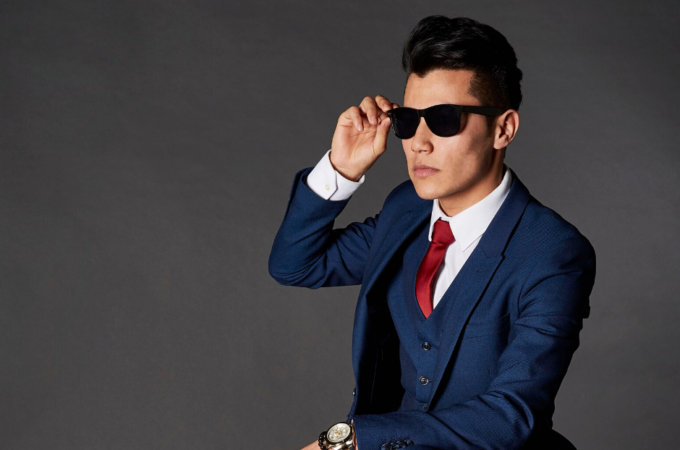 A few years ago, a pastor colleague of mine mentioned to me an interesting conversation he had recently with a church member. This church member asked him if he had any siblings. He responded, briefly describing the birth order of each of his multiple siblings. The church member then asked him: “Which of you and your siblings is most successful?“

When my colleague told me this story, I was confused. “What do you think they were asking?” I asked him.

“I mean, what do you think the church member meant by successful?”

My colleague looked surprised at my question. “I would assume financially.”

I nodded, but my thoughts were going a million miles a minute. Is how much money we make a good indication of “success?” Who decides what success is, anyway?

These questions plagued me for years, until I discovered minimalism and began connecting it to the Christian faith. Our consumer society tell us what success “should” look like, and we assume that it’s the truth. But there is another, healthier way.

Success According to Consumer Society

We frequently live our lives with the assumption that success equals making lots of money, having a big house, driving nice cars, filling that big house with lots of expensive stuff, being famous, accomplishing important things, and/or having a long-standing, well-known reputation. Frequently, success is billed as being a combination of any of the above characteristics– in fact, the more of these characteristics one has, the more successful they are typically considered.

A great example of this is the Kardashian family. Their TV show, Keeping Up with the Kardashians is one of the longest running TV shows in America (17 seasons so far!), including 7 spin-offs. In their show, the family consistently shows off their big houses, fancy material possessions, consumer-driven lifestyle, and their multi-million dollar businesses that have sprung up from their notoriety.

Did I mention how famous the Kardashians are? Paparazzi follow them everywhere they go, reporting on where they eat, drink, and party. And when Kim wed Kris Humphries on the two-part TV special “Kim’s Fairytale Wedding: A Kardashian Event” in 2011, 10.5 million viewers tuned in (and people are still, to this day, talking about how lavish that wedding was). Even after the couple divorced after only 72 days of marriage, Kim and her family’s popularity did not suffer. Kim herself has 62.2 million followers on Twitter.

For many Americans (and maybe even viewers in other countries), the Kardashians embody what success looks like. Millions of people wish they had that lifestyle, and some try to emulate it by living beyond their means, posting pictures on Instagram showing off designer gear and attempting to chase fame.

Even the title of their TV show is important. A play on words, Keeping up with the Kardashians has two meanings. One meaning is that, by watching, viewers “keep up with” what is happening in the family members’ lives. But just as important is the second meaning– the one that reminds us of the phrase “keeping up with the Joneses.” The message conveyed to us is clear: if we are to be successful, we are to emulate the Kardashians’ lifestyle and aspire to it.

The Underbelly of Chasing “Success”

This definition of success is detrimental to our lives, our environment, and our psyches. We have been convinced by society that our success in life is measured by making a lot of money, having a lot of material things, being famous, having a stellar reputation, and accomplishing impressive things. We are encouraged to chase this image of “success.”

And if we do begin to live out this definition of success, we are quickly dissatisfied and want more. There is a psychological theory called hedonic adaptation that explains how– when our life situation changes, no matter how “good” a change is– we tend to return to a stable level of happiness pretty rapidly. This means that as we become famous, make more money, etc., we may get happier at first– but our happiness quickly levels out. So then we chase more of the same thing to up our happiness level again, putting us on a hamster wheel of sorts. In fact, this process has been dubbed the hedonic treadmill. Hedonic adaptation also means that once we have lots of money, become famous, or receive a lot of worldly accolades, it’s much harder to be happy with less fame, less money, and less accolades.

Society encourages us to chase this definition of success because it benefits businesses and our consumer culture. If we are constantly chasing the Kardashian lifestyle, we are spending money and buying things that we don’t actually need at a break-neck pace. And that’s good for corporations and businesses.

But God’s definition of success is very different. And spoiler alert: it doesn’t involve businesses getting rich off of our insecurities.

Success According to God

The Kardashian type of success is nothing new; in fact, people in Jesus’ time also viewed success in light of fame, wealth, reputation, and worldly accomplishments/accolades.

In the Gospel of Luke, we read about an argument between the disciples:

We may not actively argue with our friends about who is the greatest, but we can often make decisions and interact with people based on what will help us climb the ladder to get closer to society’s idea of success. Jesus knew this, and lets all of his disciples throughout history know that “the least among you is the greatest.”

A similar argument happens again later in the Gospel of Luke:

Jesus lets them know that they should not be like those who “lord [their power] over” others. As followers of Jesus, they (and we!) are instead called to be like Jesus and serve God and others.

Christian minimalists aim to live the life Jesus calls us to: serving God and others rather than constantly chasing wealth, fame, material possessions, and worldly accomplishments/accolades. Chasing society’s definition of success will only perpetuate our dissatisfaction and keep us on that hedonic treadmill. But living as God intended by focusing on what matters most– Jesus, and serving him and others in his name– is what we are created by God to do.

What are some ways God is inviting you to stop chasing society’s image of success and focus instead on Jesus and serving him and others?

Giving Thanks   Work Has Become Our Religion