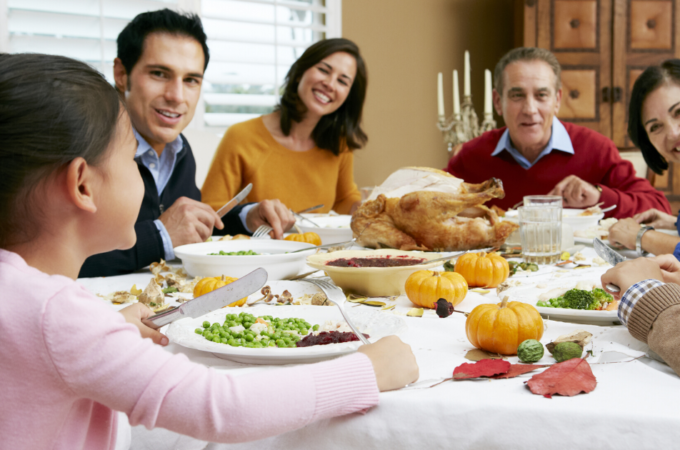 On the way to Jerusalem Jesus was going through the region between Samaria and Galilee. As he entered a village, ten lepers approached him. Keeping their distance, they called out, saying, “Jesus, Master, have mercy on us!” When he saw them, he said to them, “Go and show yourselves to the priests.” And as they went, they were made clean. Then one of them, when he saw that he was healed, turned back, praising God with a loud voice. He prostrated himself at Jesus’ feet and thanked him. And he was a Samaritan. Then Jesus asked, “Were not ten made clean? But the other nine, where are they? Was none of them found to return and give praise to God except this foreigner?” Then he said to him, “Get up and go on your way; your faith has made you well.”

Having a serious skin disease like leprosy meant death for the lepers in this Bible story—not just physical death eventually, of course, but social death. If you had leprosy, your life was basically ripped away from you. People with leprosy and skin diseases were considered ritually unclean. Because leprosy was highly contagious and they were considered unclean, lepers had to be kept away from everyone else. They were only able to re-enter society if they were seen by a priest and certified as being officially healed.

Because of this, lepers’ lives were very lonely. Being a leper meant that you looked horrible, you felt horrible, you had to warn people that you were coming by yelling “unclean” so that they themselves wouldn’t be contaminated, and you had to live alone, away from everyone else. Your life, as you knew it, was gone.

So, it makes sense that lepers banded together to form a community of their own. Ostracized by their communities, they find the common thread of sickness to be one that brings unlikely people together– like, in this passage, Samaritans and Jews. For centuries, these two groups avoided each other and hated each other—but leprosy was the equalizer and they no longer care about previous distinctions.

So this community of 10 lepers is walking down the street, keeping their distance as is stipulated by the Law, and they call out to Jesus. “Jesus, Master, have mercy on us!” Unlike some of the other healing passages we read in the Gospels, these lepers do not ask to be healed. They ask instead for mercy. Jesus, in turn, does not specifically say that he will heal them—he simply tells them to show themselves to the priest.

Now, because the lepers know the Law, they know that by telling them to go to the priest, Jesus is implying that they will be healed of their leprosy. And they are! Presumably, they go to the priest as Jesus told them to, are approved by the priest as healed, and they are able to return to their lives and society.

The lepers asked for mercy from Jesus, and they got even more than they asked for! Jesus made the lepers clean, and they are now able to return to society completely. How wonderful that must have felt, to be free of the debilitating disease that had made them outcasts! What a miraculous healing, that would change their lives forever!

But only one of the healed lepers came back to thank Jesus.

The One Who Came Back

A Samaritan, who wouldn’t be able to go see the Jewish priest because he is not Jewish like the others, comes back to praise and thank Jesus. This one man out of ten returns to praise and thank Jesus. He throws himself down at Jesus’ feet and thanks him. Jesus wonders aloud why the others did not return. “How come this foreigner, this Samaritan, is the one who thanks me?” Jesus asks.

Which begs the question– does it mean that, because the other nine did not return, that they were not thankful? We don’t know for sure. It never says. We only know that they were all made clean by Jesus, and that only the one returned.

One could argue, however, that it would be very difficult to have such a miraculous occurrence in your life and not be grateful. The cured lepers followed the Law and Jesus’ command to go to the priest right away so that they could be restored to their previous lives—and they were probably thankful for that. They may have even thanked God for the healing.

The difference is that the Samaritan is the one who expresses his gratefulness and praise to Jesus. For some reason, maybe because as a Samaritan he is used to being on the outside and noticing things more, this man is able to make the connection between the miraculous healing he received and Jesus’ divinity. He prostrates himself at the feet of Jesus, thanking him and giving him praise. And Jesus tells him “Get up and go on your way: your faith has made you well.”

This man’s experience of Jesus was life changing. He is so grateful, so thankful to have had his leprous burden lifted, that he can barely contain his joy and worship of Jesus.

And that is what an experience of Jesus is like. Life changing, transformative. Jesus steps into the gross, the ugly, the unsavory parts of our lives and transforms them. In fact, Jesus stepped so much into those ugly parts of your life that he died on the cross, for you. Jesus took on your sin so that you could be free—free to serve him, to thank him, to praise him.

In America, we are about to celebrate the holiday of Thanksgiving. Unlike most American holidays, there is no expectation of gift exchanges on Thanksgiving. The focus is instead on spending time with loved ones over a meal and giving thanks.

When we give thanks, we are like the Samaritan cured of his leprosy, who fell at the feet of Jesus. We fall at Jesus’ feet—at the cross. We fall down at the foot of Jesus’ cross to worship Jesus, to praise and thank him for giving his life so that we may have new life through him.

Just thinking about all Jesus has done for us can make us so grateful, so thankful, that we can barely contain our joy. Like the Samaritan leper in the story, we are so thankful for what Jesus has done that we can shout in praise to our God, the one who heals and gives life and makes us whole!

This Thanksgiving, and always, may we give thanks to Jesus and enjoy spending time with those we love!

A Minimalism Parable   What is Success?