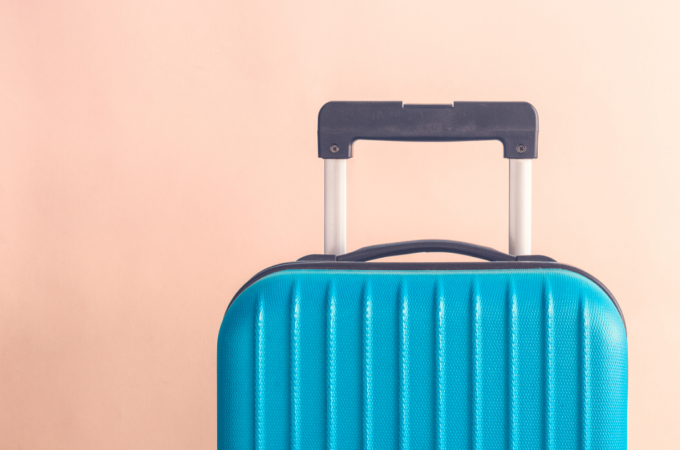 Stories are a part of the human experience. Jesus often used parables, or stories, to teach us deep theological concepts that would have been hard to grasp otherwise.

Below is a modern-day parable that touches on the minimalist lifestyle. This story is by Bill Harley and was originally told on the radio show All Things Considered. You can listen to the original broadcast and read the transcript here.

A couple of months ago, I got to my local airport and discovered I did not have my suitcase. Don’t ask me why I forgot my suitcase. I forgot it. It wasn’t there. I called my wife and asked her to bring it to the airport. She was not surprised — disgusted, but not surprised. I told her the next flight out. The agent at the airport told me that it would be at my hotel in Utah that evening.

I got to the hotel late at night. No luggage. I called the airline. The flight was canceled. It would be at the hotel by 9 the next morning. With what little sense I had left, I washed out my shirt and underwear and hung them close to the heater and turned on the fan.

The next morning, 9:00 a.m., no luggage. I called Delta, and I talked with Darryl. He asked me why I had forgotten my baggage. I tried to be polite.

Darryl, like all spiritual teachers, was master of the obvious.

Darryl asked: “Well, Bill — Can I call you Bill? — do you have enough clothes for the day?”

I was out all day. I got to the hotel very late that night. No bags. I called the baggage claim office. They didn’t have them. The woman said, “What’s your claim number?” I told her I didn’t have a claim number, since I didn’t hand in the bag. She said that was impossible; they never took bags without a passenger.

“He’s gone home,” she said. “We’ll put a search on it, although I don’t know what to do if it doesn’t have a claim check. We can’t be sure you gave it to us. Call tomorrow.”

I called the next morning. Darryl was there.

He said, “Bill, I believe you. There’s just a difference between what is true and what we can prove. Do you have enough clothes for the day?”

“OK, get through the day. If you have enough for the day, then everything is all right. Call me if you want to see how things are going.”

That day, somebody gave me a shirt and a pair of socks out of the blue. The next morning, I called Darryl.

“No, no, no. Don’t get ahead of me. I said we have it. Delta now admits to having your bag. We just don’t know where it is. Do you have enough for the day?”

I said, “Darryl, I’m beginning to think I should yell.”

“I’m sure you think that,” he said. “But, you know, people come in here, yell all the time. It doesn’t really help that much. Give me a call if you need anything.”

I left town the next day for Wyoming. By the time I left, I’d been given enough clothes that I actually left some behind. I showed up at the Salt Lake airport a week after I arrived. I walked into the baggage claim office.

“Bill? Here, it is, right here. Little bugger spent the whole week at LaGuardia. Who knows why. Anything else I can do for you?”

“Yeah,” I said. “Could I call you again if I’ve got some trouble, something I want to talk about?”

“As long as you’re traveling on Delta or one of its many affiliated carriers.”

The next trip I went on, I took half of what I’d taken before. I used a smaller bag. I felt free.

Here is a Bible verse to go along with this modern-day parable:

So if the Son makes you free, you will be free indeed.

How is Jesus freeing you from being shackled to your stuff?

A Christmas Carol: A Christian Minimalism Story   Giving Thanks