Why You Should Change Your Lifestyle 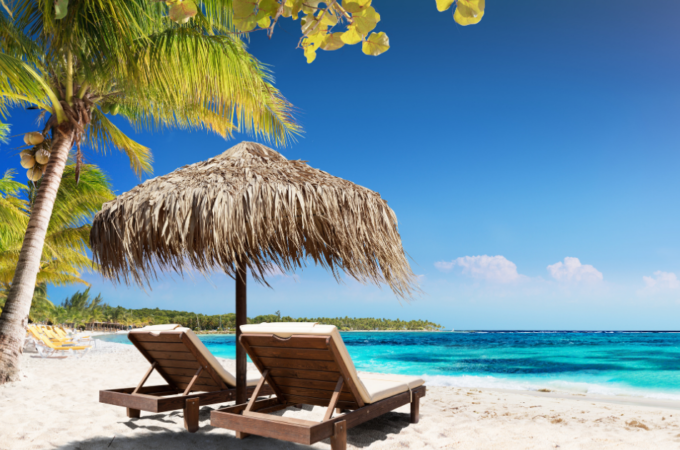 A few years ago, former Manhattanite and 30-something journalist Noelle Hancock wrote an article that ended up going viral: “Why I Gave Up a $95,000 Job to Move to an Island and Scoop Ice Cream.”

The article caused such a pop culture and social media frenzy that she was interviewed by the Today Show, and even a year later wrote a follow-up article describing peoples’ reactions and the aftermath.

Hancock was feeling unhappy and unfulfilled in her life in New York City. She barely saw her friends, felt like she was on a constant work treadmill in a competitive work environment, and desperately needed a vacation that never came.

Instead of continuing to live the life others expected of her while being incredibly unhappy, Hancock instead chose to make a drastic lifestyle change. She broke her apartment lease, sold all of her belongings, and bought a one-way ticket to a Caribbean island she had never been to before. She took a job scooping ice cream and had never been happier.

Hancock’s lifestyle change was extreme, but her story shows us some major points about changing our own lifestyles. Christian minimalism means changing how we live to better align our lives with what Jesus wants for us.

And often, this means making some pretty serious changes around how we use our God-given resources, how we understand excess, and how we live out our faith in a consumer society. We can learn a lot from Hancock’s changes.

Here are some major learnings from Hancock’s story that relate to living a more Christian minimalist lifestyle:

The first step is recognizing that our lifestyle needs to change.

Hancock began to realize that, although she was living the “American Dream” and was successful in the way that was expected of her, she “felt stressed, uninspired, and disconnected.” She was no longer deriving fulfillment from her current lifestyle. “If you’re constantly thinking you need a vacation, maybe what you really need is a new life. But I was complacent. My life wasn’t satisfying, but it was comfortable,” she writes.

Hancock took action and decided she wanted a different life. We can, too. We are unable to live the abundant life Jesus calls us to live (John 10:10) if we are stuck in the consumer rat-race culture and leading lives that are unfulfilling.

How are we to hear God’s voice when all other voices are so loud? By removing the voices that are no longer serving us, and starting to live life intentionally. At its core, Hancock’s story is about making the decision for intentional living rather than society’s expectations.

Turning toward a more minimalist lifestyle with Jesus at the center is totally doable– but first, we have to recognize that consumerism is not a fulfilling lifestyle and that we need to make a change.

As Hancock began her new life, she discovered that when she focused on what matters most, fulfillment followed.

But even though she welcomed this change and appreciated the new lifestyle, she still struggled with doubts. Even while living a simpler lifestyle she chose for herself, she still has a hard time shedding the expectations from society and others. Even her parents balked at her new life:

I come from a conservative Southern family with a healthy respect for the American Dream: You worked hard in school, chose an upper-middle-class job with a 401(k) and a good matching plan. So they were pretty taken aback when, upon arriving in St. John, I took a job at the local ice cream parlor. “But, but … you went to Yale,” [my parents] sputtered. “And you’re 31 years old!”

Hancock even feels the doubt creep in herself sometimes:

That’s not to say doubts don’t creep in on occasion. Seeing old colleagues and acquaintances building successful careers can make me second-guess my choices. One of my friends from college started a little website called Pinterest. Another just won an Emmy for a hit television show she created.

Hancock’s honesty about her doubts and struggles show us something very important: when we make a lifestyle change, we will experience doubts both internally and externally. We ourselves will sometimes struggle against the expectations we have internalized from society and others; and those around us will continue to judge us based on their own expectations.

When making a lifestyle change, second-guessing and doubts are normal. Living differently means challenging deep-seated assumptions and expectations– both our own and others’. But removing that which keeps us from focusing on what matters most is what God is inviting us to do. We can do the new things we hear God calling us to, with God’s help.

In order to start fresh, we must get rid of those things that are holding us back. Jesus calls us to start new and live more simply and intentionally.

People will have strong reactions.

Hancock’s follow-up article, “I Wrote About Giving Up a $95,000 Job to Move to an Island and Scoop Ice Cream. I Wasn’t Prepared for the Response.“, illustrates just how strongly people react when others live more simply and in a different way than consumerism dictates.

Some were inspired by Hancock’s story and took steps to change their own unfulfilling lifestyles. Some, however, attacked her and her family, made assumptions about her life choices, sent her nasty messages, and posted horrible things on social media.

When someone lives differently than the norm, it forces people to confront their own expectations and views around lifestyle and purpose and meaning. And sometimes this means that they will lash out because they aren’t ready to deal with their own struggles around their own lifestyles.

This is true of living as a Christian minimalist as well. It is not the norm. This means that people may either be inspired by your simplification or attack that which they aren’t ready for.

When Jesus taught the crowds, he too received a great amount of pushback because he challenged the status quo and confronted assumed truths. God is calling you to simplify and live deliberately. Trust that calling, even when others give you a hard time.

Change is worth it.

Despite peoples’ reactions and expectations, and her own periodic doubts, Hancock clearly believes that she changed her life for the better.

But the truth is, I was happier scooping mint chocolate chip for $10 an hour than I was making almost six figures at my previous corporate job. It was calming to work with my hands. I met new people constantly, talking face-to-face instead of communicating via email and instant messaging. When I closed the shop at the end of the shift, my work was done and my time my own. Besides, I found that not everyone shared my parents’ concern. “When I moved here 25 years ago, my dad insisted I was ruining my life,” said one of my regular customers when we got to chatting about our lives one day. “Recently he visited and told me, ‘You had it right all along. I’m toward the end of my life and looking to retire to someplace like this, and now I’m too old to enjoy it.'”

Hancock’s change in lifestyle meant a fulfilling life filled with the things that were most important to her. Rather than living life on a never-ending hamster wheel, she now lives a more simple and calm lifestyle.

You may not drop everything and relocate to a Caribbean island like Hancock (or if you do, more power to you!), but we can change our own lives with God’s help.

We can make intentional decisions around material possessions, time, energy, money, and what’s most important.

We can remove obstacles that keep us from experiencing God’s presence and our loved ones.

We can set aside time to serve others’ in Jesus name.

We can simplify our lives so that we can better live out our calling from God.

Do you not know that all of us who have been baptized into Christ Jesus were baptized into his death? Therefore we have been buried with him by baptism into death, so that, just as Christ was raised from the dead by the glory of the Father, so we too might walk in newness of life.

We can live a new life because of Jesus– and he is with us every step of the way. Go forth and focus on what matters most in Jesus’ name!

Stability   Minimizing After a Death