Minimalism in the Movies: Yesterday 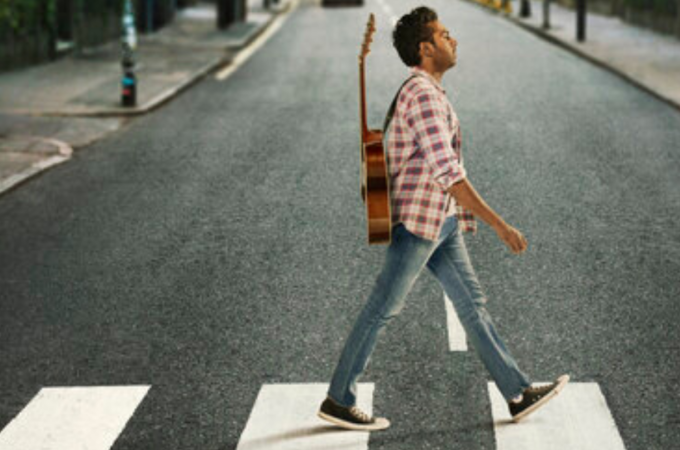 Here on the Christian Minimalism blog, we’ve looked at minimalism in The Greatest Showman and A Christmas Carol. This time, we are looking minimalism in the movie Yesterday.

In Yesterday, Jack Malick is a struggling singer-songwriter who plays gigs that are barely attended and booked by teacher-by-day, manager-by-night Ellie Appleton. Jack is ready to throw in the towel on his music career until a strange accident occurs–and he becomes one of the few people in the world who knows The Beatles and can remember their music. Except for two other human beings, no one else has any knowledge of the band or their songs.

Jack starts playing the Beatles’ songs he can remember and quickly becomes discovered. Ed Sheeran asks Jack to open for him on his tour, and this further puts Jack in the spotlight for being “the world’s greatest singer-songwriter,” even though Jack is very much aware that he didn’t write the songs himself.

Jack meets Ed Sheeran’s manager, Debra Hammer, who becomes his own manager. Even in his first meeting with her, it’s clear that Debra embodies everything that society tells us we should want: wealth, fame, and adoration.

When Jack goes to Debra’s house to discuss her becoming his manager, she clearly states what she is about and what she will bring him:

Debra: But now, now you’ve hit an extraordinary songwriting groove, and you want to be the biggest star in the world.
Jack: Well…
Debra: Yes, is the answer to that question.
Jack: Well, yes, I guess.
Debra: Not, “Well, yes, I guess.” “Yes.”
Jack: I guess.
Debra Hammer: Buddy, what I’m offering you is the great and glorious poisoned chalice of money and fame. If you don’t want to drink it, which I would understand– go back and have a warm beer in little bonny England. If you do want to drink it, I need to hear you say, “Debra, I’m so thirsty. Give me the goddamn chalice.” So, which is it?
Jack: I’ll take the chalice.

And take the chalice he does. He is propelled into musician stardom, gaining money and becoming famous, all the while playing songs that people think he wrote but were actually written by others.

By society’s standards, Jack has it all. He has money. He has fame. He is considered to be one of the greatest musicians of all time.

But Jack struggles throughout the movie with all of it. Eventually, he meets the only two other human beings on earth who know who The Beatles are, and one of them gives him the address of John Lennon. John is alive and well in this new world in which The Beatles never existed.

Jack goes to John’s house, and talks with him:

Jack: John?
John: Yeah?
Jack: Have you had a happy life?
John: Very.
Jack: But not successful.
John: I just said very happy. That means successful. I did a job I enjoyed day after day. Sailed the world. Fought for things I believed in, and won a couple of times. Found a woman I loved. Fought hard to keep her too. Lived my life with her.

Near the end of their conversation, John tells Jack:

You want a good life? It’s not complicated. Tell the girl you love that you love her. And tell the truth to everyone whenever you can.

Energized by his talk with John Lennon, Jack rushes back to play what becomes his last concert. What was supposed to be his official album launch becomes his confession and farewell.

In front of everyone, Jack admits that the songs are not his, and releases the songs online for everyone to appreciate for free. He finally professes his love for Ellie and walks away from fame, fortune, and success.

In the last scenes of the movie, we see Jack playing his guitar and singing at a school assembly with students, presumably where he and Ellie teach. He and Ellie are married with two children, in a normal-sized house with a normal, happy life.

In a strange twist of history, Jack is basically handed wealth and fame and success on a silver platter. It’s what society tells us is most important.

But Jack has two major realizations:

Realization #1: Being famous, wealthy, and successful by stealing someone else’s work is not moral or worth it.

Better to be poor and walk in integrity than to be crooked in one’s ways even though rich.

Realization #2: Being famous, wealthy, and successful is not more important than a life of love and joy.

Jack quickly realizes that he has a choice. He can pursue what society expects of him and decide that wealth and fame and success are what’s most important, even when he is passing off someone else’s work as his own. Or, he can choose love and joy and a simpler life, like John Lennon did in the new history.

Rather than giving in to the siren song of money, fame, and success, Jack chooses the minimalist way: simplicity, love, and joy. Jack teaches us what we know deep in our hearts is most important, and it also happens to be what Jesus wants for us. Simplicity. Love. Joy. Peace.

In Yesterday, Jack did exactly what minimalists do– he intentionally removed everything that was keeping him from what matters most. And he was better for it.