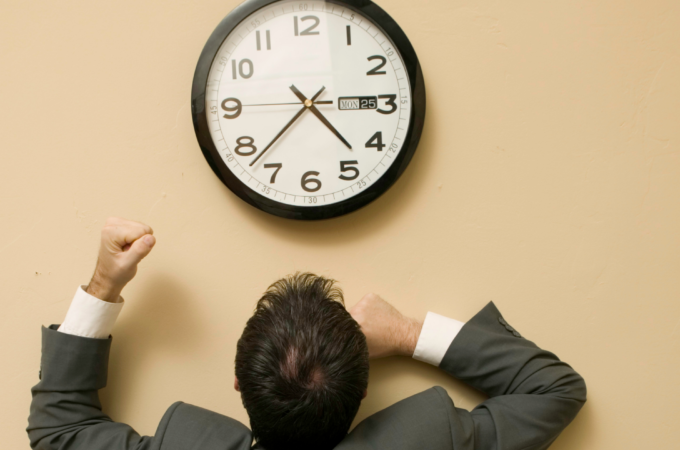 Over the last few years, like many people, I’ve been in the job market searching for openings and applying to jobs. One phrase in particular kept standing out to me in many job postings– employers frequently wrote that they were looking for someone who went “above and beyond.”

This struck me as an interesting choice of words. If the employers mean that they are looking for applicants who will put all of their gifts and skills and effort into their work, I think that phrase makes perfect sense.

But too often, what this phrase actually means in practice is “someone who will regularly work long hours above their hired hours, for which they may or may not get extra compensation.”

Employers’ expectations of working hours in many contexts in the U.S. mean this translation exactly– if you want to be a valuable employee in the eyes of those who hired you, you are expected to work way over your assigned hours. For employers, working long hours illustrates your willingness to go “above and beyond” and produce even more than originally expected.

Working Too Hard is Literally Killing Us

Many employers are buying into consumer culture (pun intended) by equating their employees’ value with long work hours and perceived ability to produce as much as possible. Production and profit are the main goals of consumerism; workers who do whatever they can to produce more and gain more profit are considered hard-working and valuable.

The problem is that humans were not built to work the hours that employers frequently expect (whether explicitly or implicitly). According to the World Health Organization, working more than 55 hours a week means an estimated 35% higher risk of stroke and 17% higher risk of dying from ischemic heart disease; an estimated 745,000 deaths occurred in 2016 alone due to stroke and heart disease caused by working long hours. We are literally killing ourselves by working too much.

Working Longer Hours Is Not Better

Recognizing that longer hours are making us sick and killing us, along with not actually helping with profits or productivity, some countries and businesses have started experimenting with a 4-day workweek. Iceland was one of the first to do this, and the 4-day workweek was considered a huge success. Working fewer hours actually meant that productivity increased, and people were ultimately healthier and happier. It was so overwhelmingly successful that 85% of those in Iceland have either already switched to a 4-day workweek or are in the process of moving in that direction.

Following the success of Iceland, other countries have started to experiment as well, including Spain, Japan, and New Zealand. Even some businesses in the U.S. have followed suit; here is a list of all the companies around the world who have implemented some version of a 4-day workweek.

It’s not just science that tells us working longer hours isn’t better for anyone involved– God also tells us that working too much is a bad idea:

It is useless for you to work so hard from early morning until late at night, anxiously working for food to eat; for God gives rest to his loved ones.

The Message version of this Bible verse is even more striking:

It’s useless to rise early and go to bed late, and work your worried fingers to the bone. Don’t you know [God] enjoys giving rest to those he loves?

It’s clear that God did not create us to work ourselves to death. We were given the gift of Sabbath rest to renew our body, mind, and spirit regularly (Exodus 20:11).

Thus, God invites us to work smarter, not longer. We use the spiritual gifts the Holy Spirit has given us to the best of our ability only when we are not subjecting ourselves to unrealistic working hours. Working healthy hours is an act of stewardship; we are using our time, energy, spiritual gifts, and resources wisely when we do not literally work ourselves to death.

How is God inviting you to work smarter and not longer?

The 80/20 Rule   Minimalism and Food Addiction