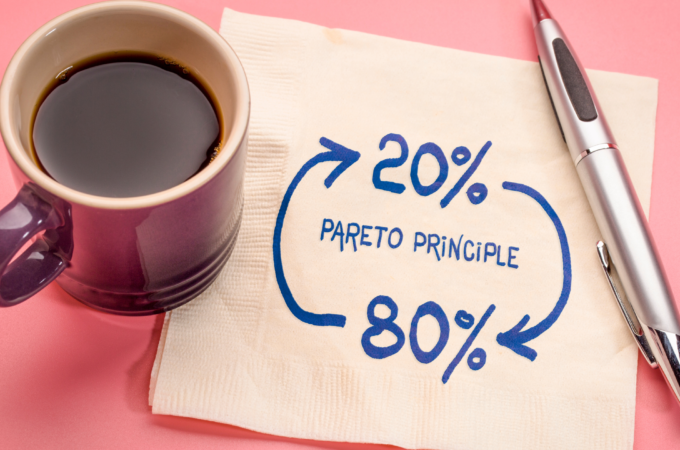 When I first started the Christian minimalism journey in 2018, I started with minimizing my stuff. We had moved from a 3,000 square-foot house to a 1,200 square-foot apartment, and stuff was, well, stuffed everywhere. We had a storage unit outside of town that was “high and tight”– stuff packed tightly from floor to ceiling and wall to door. In addition, my online shopping addiction had made our already packed apartment even more cluttered.

Though some people don’t start the journey with minimizing stuff (because that’s not their issue) and instead start with minimizing their schedules, media usage, etc., I started with stuff because that’s where my inner demons were located. And the biggest demon to exorcise was the overwhelming accumulation of clothes: my closet.

There were so many pieces of clothes I kept in my closet that I wore rarely– or never. I wanted only my favorite pieces of clothing to be in my closet, so I didn’t have to constantly wade through everything I had no desire to wear (or didn’t fit correctly, or thought I’d like but didn’t).

As I started paring down my clothes, I started to realize– I wore a much smaller percentage of my clothes than I expected, most of the time. And that’s when I discovered the Pareto Principle, or the 80/20 Rule.

The Pareto Principle or 80/20 Rule states that, for many situations, 80% of the consequences are from 20% of the causes. In normal English: 80% and 20% can be an accurate way of describing the breakdown of distribution for many instances.

Some great examples of the Pareto Principle

For me, the Pareto Principle applied directly to my closet and clothes. While minimizing, I found that I wore 20% of the clothes I owned 80% of the time. In other words, I was wearing only 1/5 of my clothes most of the time, while I still had the other 4/5 of the clothes that I barely wore cluttering up my closest and my life.

Trying to keep my clothes down to the pieces I actually wore most of the time, I ended up splitting the difference. I pared my wardrobe down to 1/3 its previous size, figuring that keeping a bit over the 20% meant that the other 20% of the time was covered (special occasions, etc.).

And so far, it has worked well. I pared down my wardrobe even more when we moved to a smaller apartment in NYC, so I’m probably closer to 1/4 the size of the wardrobe I used to own before becoming a Christian minimalist.

Taking it National and Global

Applying a version of the Pareto Principle to my clothes changed how I thought about my clothing, my life, and the world at large. It made me think about how, in congregations, 80% of the work of ministry is typically done by 20% of the people. It’s no wonder in the Church we have issues with burnout and “dones”– those congregants who were previously involved but decided they are done with Church now.

The Pareto Principle also opened my eyes to see what a huge problem income inequality is in both the U.S. and on a global scale. If 20% of folks in a designated community tend to hold 80% of the wealth, that’s a huge distribution problem. That means that 80% of folks have to live on the remaining 20%. Talk about unfair.

John the Baptist gives us a different model of distribution:

In short, John the Baptist (Jesus’ cousin) reminds us that, when we have more than enough, we are called to share with those who don’t have enough and not exploit or take more than we need from others. John’s advice is the opposite of consumerism; in consumer culture, profit is what’s most important and unequal distribution of goods and wealth is accepted as the norm. In fact, exploitation and taking what others need to increase wealth and profits are considered necessary and a way to run a successful business.

What if we lived by John the Baptist’s words? What if we took steps to narrow the growing income gap between the have and have-nots? What if everyone had their basic needs met, rather than 20% keeping 80% of the wealth for themselves?

How is God calling YOU to live out John the Baptist’s teachings and help those in need?