Halfway Through the 100 Day Dress Challenge 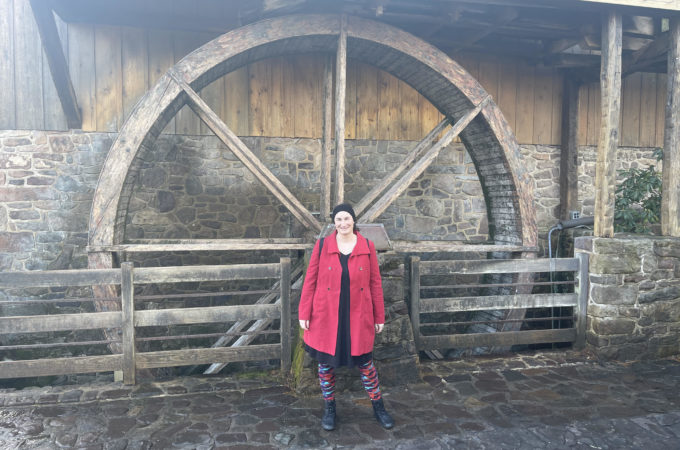 Though I will definitely write a blog post when I finish the 100 days, I thought it would be fun to do a brief summary of what it’s been like so far.

You would think that wearing the same thing every day would mean more laundry, but a merino wool dress actually means less washing. As I explained in the 100 Day Challenge FAQs post, merino wool doesn’t hold on to odors and is naturally temperature-regulating and moisture-wicking. In 50 days, I’ve only washed the dress three times! Less laundry has meant more time for other activities.

I was a bit worried that I’d get bored, but so far that has not been the case. Not having to decide what to wear every day has been incredibly freeing. Most days, I just wear the dress with a pair of leggings (it’s cold in Philadelphia right now!) and it’s simple and glorious. Having a no muss, no fuss wardrobe is calming and helps me start my day with less decisions.

No One Has Noticed

Though I wear dresses semi-regularly, I was worried that wearing a dress rather than pants every day would cramp my style. So far, that has not been the case at all. Wearing leggings/tights underneath means that I can do everything in the dress that I normally would. And even if I wanted to change into workout clothes for a bit and then put the dress on afterwards for the rest of the eight hours, I could– though I haven’t had to do that yet.

An Exercise in Humility

In the Bible, humility is included in a clothing metaphor multiple times:

As God’s chosen ones, holy and beloved, clothe yourselves with compassion, kindness, humility, meekness, and patience.

As I’ve been doing this minimalism experiment, I’ve also been using clothing simplicity as a way to pursue humility. Rather than trying to accomplish something (self-worth, admiration from others, etc.) with my clothes, I’m instead trying to be more humble. This Challenge has become a window into the connection between simplicity and humility for me. I can’t wait to see what the other half of this challenge will be like!

And all of you must clothe yourselves with humility in your dealings with one another, for “God opposes the proud, but gives grace to the humble.”

How is God inviting you to pursue humility through simplicity?

A Modified Minimalism Experiment   You Are Not Your Productivity